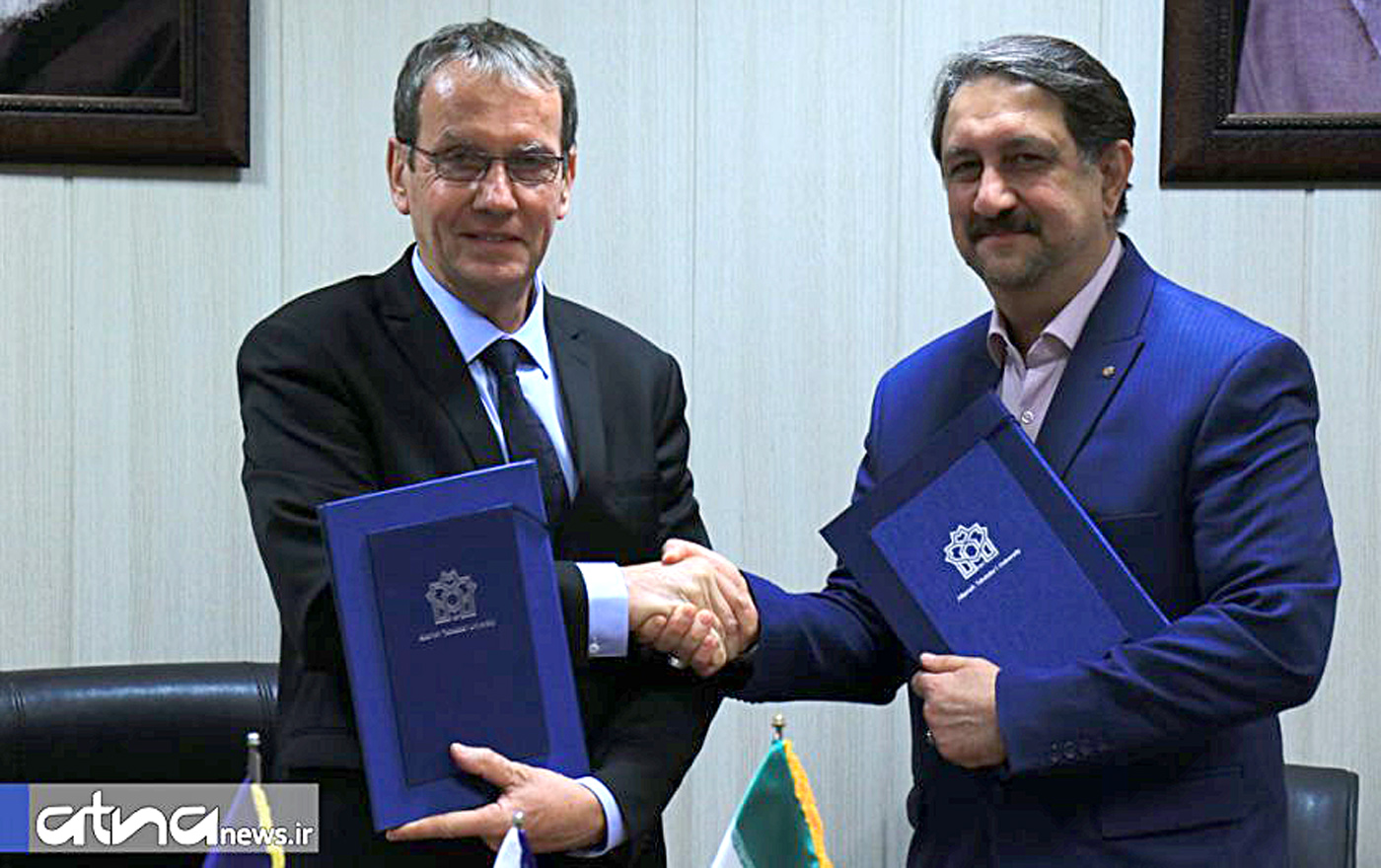 President of the University of Poitiers, France, together with the provost of this university, had a visit to Allameh Tabataba'i University (ATU) on 7 May 2019.

In the session held on 7 May 2019 in ATU, Professor Hossein Salimi, ATU President, presented a brief introduction of the university and expressed his interest in expanding relations with University of Poitiers and said, "your visit to ATU is an important event in the development of our relations."

Salimi pointed to his previous acquaintance with Professor Yves Jean, University of Poitiers President, and said, "now it's time to begin cooperation, and I hope we could begin with the establishment of at least two joint Master"s programmes and exchange PhD students. Salimi then added that ATU intends to establish the "Criminal Psychology Studies Clinic" with the helps of Dr Jafari, the Iranian faculty member at University of Poitiers.

Joint organisation of summer schools and workshops were the other suggestions offered by Salimi; he added that "through these regular workshops, students and faculty members from the two institutes will be able to meet and discuss." Salimi then unveiled ATU's plan to establish a "Cognitive Science Laboratory" adapted to humanities, and hoped that the two institutes could also collaborate in this area.

Professor Yves Jean, President of University of Poitiers, then expressed his happiness in his visit to ATU and appreciated the participation of faculty members, saying "we are really interested in the exchange of faculty members," adding that "we can start the summer schools from September." Yves Jean concluded his speech suggesting that the two institutes expand collaborations in the fields related to law.

The session was closed with the parties signing an MoU on academic cooperation.

Your comments and questions about our news are highly welcome at ennews@atu.ac.ir. Your emails will be answered as soon as possible.
air.ir
Close

Free online seminars to be held in August & September 2020